John B. Born has dedicated his life to the performance and advancement of the magical arts. Initially apprenticed under his grandfather, John matured his skills while working as the master resident magician for five years at two world-renown magic stores - Steven’s Magic Emporium and U.S. Toy Magic. Years later, he now travels the world as a full-time entertainer, lecturer, writer, and innovator in the magical arts. He has written four best-selling instructional books on magic and mentalism, and is featured on ten instructional DVDs filmed out of Las Vegas and Reno.

His performances have earned multiple national championships, including first place in the 2006 International Brotherhood of Magicians Gold Cups competition (the most prestigious annual international competition for close-up magic in the world), the Magi-Fest, as well as the Mid-West Magic Jubilee. His creations have been recognized in all major modern periodicals for magicians, including The Linking Ring, Magic Magazine, Genii Magazine, M.U.M Magazine, and Channel One Magazine.

Though initially based out of the Mid-West (Kansas), John is now based out of both Fort Lauderdale, FL and New York City, NY. With over 25 years experience, he has been featured in over 40 countries for many of the top celebrities and businesses in the world as an entertainer, speaker, and branding consultant. 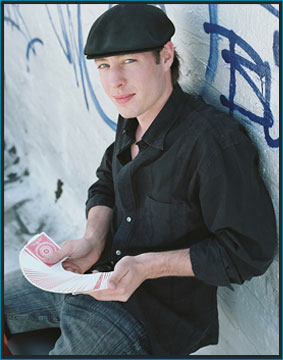