Follow John B. Born
Please follow for the latest on my upcoming shows, lectures, products, and videos.

Custom Branding and Audience Engagement at Trade Shows
We love creating partnerships to help businesses reach their goals. Offering custom branding that really turns heads for your next product reveal, trade show, or client appreciation event. Below you will find a recent client talk about their experience at the recent AWS Re:Invent Conference in Las Vegas:

ISOLATION - The John B. Born online experience
We are very excited to announce ISOLATION, the perfect entertainment solution with customized packages for your virtual corporate and private events. An interactive, mind-blowing, one-of-a-kind experience combined with best in class video production for the Zoom platform. Now is your chance to experience a true mystery artist close-up and personal.

Cheating At Texas Hold'em
John Born releases his latest book Cheating at Texas Hold'em: A modern guide to the art of deception and illicit play at the card table. 560 pages. Over 1,300 photos. Foreword by Simon Lovell. Learn more at www.CheatingAtTexasHoldem.com

Penguin Live
Join John B. Born at www.PenguinMagic.com as he gives a 2 and a half hour lecture on the innovation side of psychology, theatrics, and sleight-of-hand. See the performance teaser here https://www.youtube.com/watch?v=HV1f2t1Fjvw 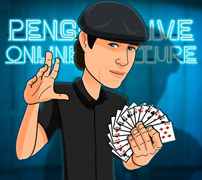 National TV Appearance
John Born is featured on MSNBC’s "The Rachel Maddow Show" to demonstrate secret CIA techniques from the 1950’s. Click below to view.
https://www.youtube.com/watch?v=PNTo4EolQmE

The competition took place over a two day period. The first day all competing acts (from over 20 from different parts of the world) performed three shows. That evening the top six acts were selected, and the next day the six acts chosen performed four shows in what is known as the Gold Cups Finals. At the final theater show of the convention, John B. Born was awarded the first place award.

This is not John's only competition achievement this year. In February John won first place at the close-up magic competition at the Magi-Fest in Columbus, Ohio — the largest convention in the Mid-West (approximately 1,000 magicians attend). 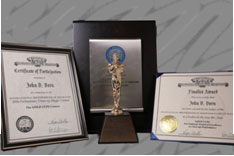 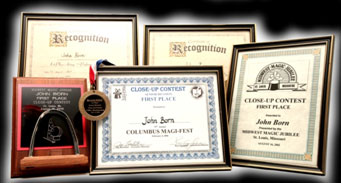 JB in 3D
Panasonic utilized John Born’s magic and contact juggling in a live feed to show off Panasonic’s new 3D camcorder prototype at the Sabre Awards at Cipriani.


Back from the Mediterranean
John Born returns after 4 months of exclusive superyacht performances in Monaco, Barcelona, Nice, Antibes, Capri, and the Almalfi Coast.

International TV Appearance
John is featured on NTV, one of the premier television stations in Istanbul, Turkey.

Yachting Matters Magazine Review
Issue 33 of Yachting Matters, a premiere magazine for superyachts, reviews John Born’s performance at the MYBA Charter Show in Barcelona. “I have never seen anything quite so mesmerizing before. To say that what he does is incredible or unbelievable is an understatement.” 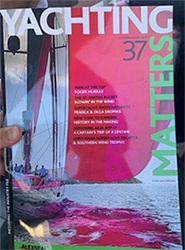 Book Tour in Asia
John Born returns after a month in Asia, featuring performances, lectures, and workshops for mentalists and magicians in Japan, the Philippines, and Hong Kong. 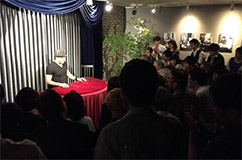 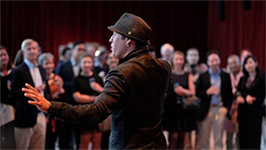 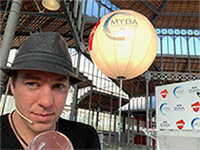 Back To NYC
John returns home from his international lecture tours, with over sixty performances in Italy, France, Spain, Netherlands, Switzerland, Belgium, Ireland, Wales, and England.


TV Appearance
John Born is featured on the Huffington Post Live as a special guest in a presentation about NYC Bar / Bat Mitzvah celebrations. 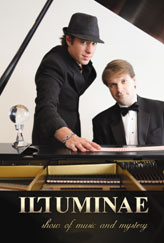 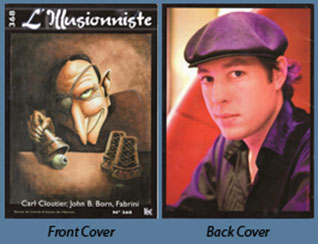 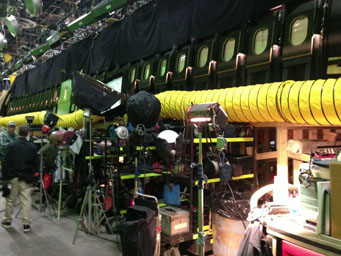 
2 Truths and a Lie
Look for the hands of John B. Born in the intro to the upcoming ABC show 2 Truths and a Lie as he creates sleight-of-hand visuals and flourishes with cups, cards, and crystals.


Hold’em Magic
John Born is featured as one of the who’s who of gambling demonstrations in Tom Frame’s latest book Hold’em Magic. 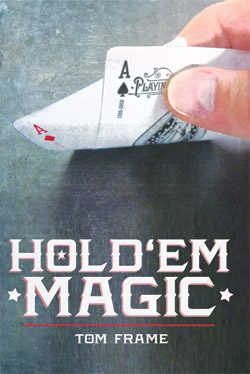 TV Appearance
John Born is featured guest on "The New Yorker’s" Show to wow Jim Chladek and talk about his latest book.


John is featured on a TV commercial for Jabber Jaw Mobile.

Magic Castle
John is featured for a week as a performer and speaker at the Magic Castle in Hollywood.


Adding a Little Cheer to the Holidays
John Born collaborates with singer Erica Lustig to perform their holiday charity program “Music and Magic” for retirement homes and cancer care facilities. 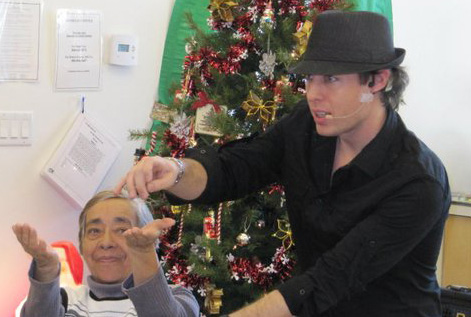 Nursing Home Entertainment
Special thanks to VNSNY, who sponsored John to perform over 50 shows at nursing homes and adult dare care facilities in the NYC area. 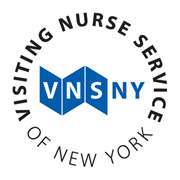 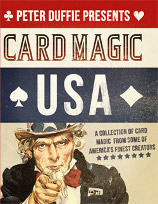 John's Second Book, MEANT TO BE... is Now Available
In late April, John released his second book, Meant To Be… Principles and Techniques for the Sophisticated Magical Artist. This book exemplifies John's eight stage creation process through the analysis of what magicians consider to be the holy grail of card magic: the Any Card at Any Number plot. Not only does John detail his approach to creativity, but also details his award-winning solutions as well as the solutions of some of the greatest minds in the magic community. An instant best seller for 2006, this release will soon be sold out. Click here to read more about Meant To Be...
See if John is Lecturing in Your Area…
John is currently on a lecture tour across the country. Check the schedule to see if he is coming through your area…

Click below to hear radio talk show hosts talking about John Born during their programs.

The Latest
John B. Born Poster 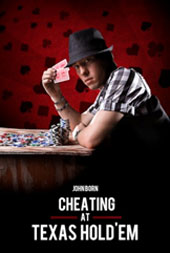 An Evening of
Psychological Thrills 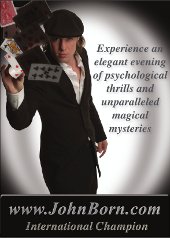 Look For The Born Spade 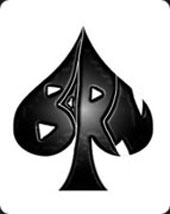